A new front of confrontation between the EU and Russia is emerging in the Arctic even after the recent proposals made public by the EU. Through these proposals the EU is committed to a peaceful, sustainable and prosperous Arctic and given its strategic importance to the EU, due to climate change, raw materials, and geostrategic influence.

At the same time, due to global climate action, the EU is calling for no extraction of oil, coal and gas to remain in the Arctic subsoil. To support its actions, the EU will set up an office in Greenland to enhance the visibility of Arctic issues in EU foreign policy. populations of the area.

The EU is a relatively emerging country in the Arctic and is not a member of the Arctic Council, which aims to provide the means to promote cooperation, coordination and interaction between Arctic countries. However, the Council also includes EU member countries, such as Denmark, Finland and Sweden. The EU aims to increase its role and presence in the region.

Russia and the Arctic

For Russia, the Arctic is part of its territory, with the Russian Arctic coastline representing 53% of the Arctic Ocean coastline with a population of about 2 million. At the same time, the Arctic contributes 10% of Russia’s GDP and 20% of Russian exports. Due to climate change, the Arctic is warming twice as fast as the global average (Norwegian Polar Institute), causing problems for the region’s viability.

At the same time, Russia, by melting the sea ice and melting the sea glaciers, can create new very short sea trade corridors between Asia-Europe and Russia-North America, via the Arctic.

The EU proposals will therefore primarily affect Russia, but also other countries such as the US, Canada, Iceland and Norway (EU) which also have Arctic territory and are also members of the Arctic Council. Russia is most affected because it is the most important holder of Arctic territories where there are many reserves of hydrocarbons and fish reserves.

With the EU proposals, Russia envisages the creation of an indirect embargo on exports of natural gas and fish stocks produced in the Arctic, adversely affecting the Russian economy even more from the imposed US-EU sanctions. This will be the reason for another “Cold Front” between Russia and the EU, in addition to the existing energy-gas front. 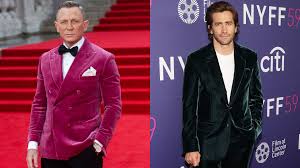 The Velvet Jacket is in Fashion this Winter